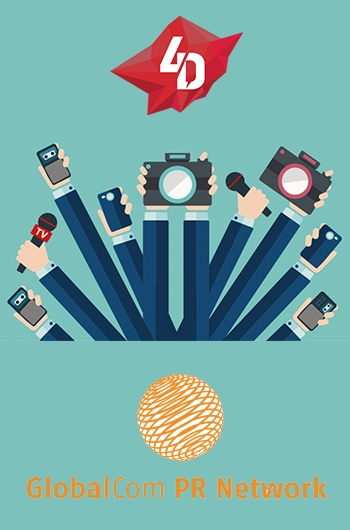 We continue to talk about the best practices of PR agencies which this year became the winners of the GlobalComPR Awards www.gcpr.net. We wrote about other cases earlier in our blog https://4dpr.ru/blog/pr-2019-globalcompr-network.

Italian Agency MY PR http://mypr.it/ conducted a large-scale campaign for KASPERSKY LAB, which was awarded in the category "Best B2C Campaign-Creative". The project lasted from January 2018 to April 2019, with a budget of 50,000 euros.

The Agency had 4 main goals:

1. Position KASPERSKY LAB as a company that cares about the safety of children on the Internet.
2. Teach children aged 6-10 years to use the Internet safely.
3. Raise parent’s awareness of how important it is to ensure the safety of children online.
4. Draw the attention of government agencies and the media to the problem of children's cybersecurity.
The target audience of the campaign was parents, children, and school teachers. How do I raise awareness of online threats among children in primary schools and train them to use the Internet safely? The campaign's ideologues were based on the idea that preventative messages to children are most effective when they come from other children. Therefore, the Agency implemented the first educational campaign on the principle of "from child to child".

So, the campaign was based on the children's book "Casper, the sky and the green bear", which KASPERSKY LAB commissioned the Dutch author Marlis Slegers. PR people turned the book into a theatrical play directed by Mitzi Amoroso, one of the most famous Directors of children's theater. The premiere took place on the stage of one of the theaters in the center of Milan. The mass media and members of the public were invited to attend. The main audience was, of course, children, including children of journalists. This became a key event of the campaign.

The production tells the story of Midori Kuma, a magical green bear who helps a 10-year-old boy Casper and his friend Sky learn the most important safety rules in the online world, and understand how to behave correctly on the Internet. The story of the book, adapted for the stage, also aims to encourage the youngest Internet users to be open with their parents and teachers, and not to be silent if they are threatened or bullied online.
The partnership with the Giffoni film festival for children and teenagers, which is held in Italy every year, has allowed us to reach a wider audience. The festival site hosted screenings of the production, which was watched by hundreds of children aged 6 to 10 years.

Talented children in the field of cinema and digital technology, who are members of the Giffoni Dream Team, helped develop a game application based on the book. It is intended for primary school students in Italy and also teaches them how to use digital media responsibly.

The festival was attended by journalists who were looking for young talents to make them the heroes of their articles and stories. MY PR came up with this move: the working group on the digital app included a girl Prodigy, Flavia Riza. This fact attracted journalists, and they told about it in their stories on national TV channels, mentioning the project. In addition, the "KUMA Safe Kit" was provided to parent bloggers as part of the information campaign. It included a book, a Teddy bear, a presentation letter, a Christmas calendar with educational recommendations for safe Internet use, and branded sweets. Using the hashtag #alsicuroconKuma (#SafeWithKuma), bloggers and opinion leaders discussed the campaign and shared safety recommendations on social networks and blogs.
In total, more than 260 media articles were published as a result of the campaign. The authorities found out about the project, and in September 2019, the Italian Minister of Education met with Eugene Kaspersky and discussed with him the inclusion of the educational project in the programs of primary schools in Italy.
This was the first PR campaign in Italy that was aimed at primary school students. Most projects in the field of cybersecurity are aimed at older children, high school students. It is always difficult to talk about this topic with young children, but the Agency managed to find effective solutions to this problem. Through a small group of children who participated in the production and development of the app, we managed to establish contact with thousands of children, speaking the same language with them. The information was presented in a light game form, so the effect of training was high. The success of the campaign lies in a balanced combination of digital and event PR, media relations.

CCgroup Agency project https://www.ccgrouppr.com/ from London was recognized as the best in the category "Best B2B Campaign-Creative". The campaign lasted six months - from January to June 2018, with a budget of 42,000 pounds. The Agency's client is Mitek, which offers solutions for digital identification. This technology allows companies in highly regulated industries to provide a high level of security in dealing with customers in digital format and ensure compliance with KYC ("Know your customer") rules. Today, digital identity is one of the fastest growing technology sectors in the world. The transition to online transactions and the use of cryptocurrency creates a market of 20 billion dollars. Digital identification technologies help us determine what is real and what is not, in a world that is becoming more and more virtual.

The European digital identity market was dominated by Jumio, as well as the ever-growing startup Onfido. With the introduction of new anti-money laundering laws in Europe and new rules for handling data, many businesses have had to change their approach to identification and spend more money on it. In 2018, this made Europe the main target market for companies that operate in this sector.

Although Mitek was founded in 1986, it did not enter the European market on a large scale and became relatively new to It. The company was tasked with raising its ratings in the UK within six months in order to strengthen its brand and then start reaching out to European partners. In December 2017, Mitek ranked only 5th after Onfido, Jumio, AU10TIX and Acuant in terms of market coverage in Europe and audience.

The Agency that was involved in this project needed to develop non-standard PR approaches to increase sales in Europe, including advanced marketing methods. Based on its own research on how to influence software purchase decisions among banks, telecommunications companies, and large businesses, CCgroup has identified the most effective channels to reach potential buyers of Mitek's product. In particular, CCgroup recommended that the company focus its efforts on three vertical markets – FINTECH, telecommunications and cryptocurrency.
In order to distinguish Mitek in the market, CCgroup offered to step up work with the information field and increase the company's citation by making "loud" comments. In particular, the company's speakers were included in the discussion on the most pressing and topical issues that were widely discussed in the UK and Europe at the time, including the scandals surrounding Cambridge Analytica and GDPR and the hype around blockchain. The goal was for Mitek to have a voice in the media, and this helped to significantly promote IT. There were comments about the Facebook scandal and the fact that personality plays a key role in business, articles about blockchain, etc.
In order to reach target groups in the telecommunications sector, PR specialists have found non-standard approaches for B2B. For example, the CEO of Mitek took part in the TV shows in the field of telecommunications MWC Barcelona and MWC Americas, which have a huge reach.

CCgroup also artificially created a "cryptocurrency identity crisis" in order to assert Mitek's position in this sector. The Agency ordered from P.A.ID Strategies a study that evaluated the KYC practices of leading cryptocurrency exchanges and wallets in the United States and Europe. As planned, the study revealed a lack of readiness of cryptocurrency companies to comply with the new EU security regulation, which comes into force in 2019.
The study found that 68% of cryptocurrency exchanges and wallets did not pass the necessary KYC checks, which means that they will not be able to work in accordance with the new rules. The results were very convincing, and companies already knew who could help them in this matter. To amplify the news, CCgroup organized the Money20/20 Europe forum https://europe.money2020.com/, which became the largest event for its target audience.

The "cryptocurrency campaign" was part of Mitek's overall marketing plan, which also included partnerships with the media and, in particular, with the leading FINTECH Futures publication, to promote research among the target audience, as well as direct mailings, webinars, PPC marketing and social media activities.
As a result, Mitek received the largest coverage among all the key market players during this period. By the end of the second quarter of 2018, it reached 33%, which significantly expanded the company's profile and established it as a market leader. Coverage of the nearest competitor was only 14%.

Sales in Europe were significantly increased. The combination of extensive media coverage, email distribution, and marketing tactics using PR content has led to the company taking a leading position in the market. CCgroup specialists initiated 30 editorials in the most authoritative media. The cryptocurrency campaign generated interest among influencers, allowing for 10 media briefings and discussion sessions with opinion leaders at the Money20 / 20 Europe forum. As a result of the campaign, Mitek's ranking in the search engine has increased, and now The company's website is the first to appear in Google search for key queries in its field.

The campaign's results exceeded the targets. This is a clear example of how PR consulting within the framework of broader integrated campaigns can produce tangible results for business development. The campaign helped Mitek gain a foothold in a new market, outperform its competitors, and connect with more than 100 potential customers.