Best practices of foreign PR agencies-2019 according to GlobalComPR Network 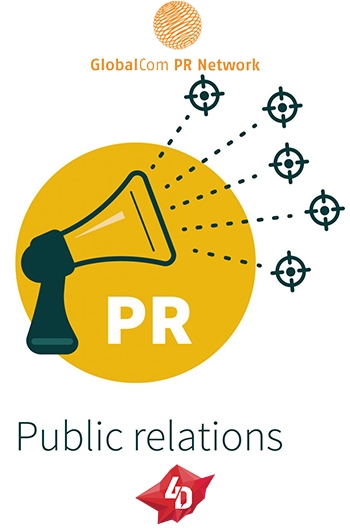 In the category "Best B2C Campaign – Impact", the campaign to promote the cosmetics brand PYNCH was recognized as the best. It was organized by an Agency from China ZERONE Communications http://www.zeronepr.com. The budget of the campaign amounted to 390 thousand USD. The implementation period is from January 2018 to April 2019.

The cosmetics company contacted the Agency with a problem: a year after entering the market, PYNCH's sales figures did not meet expectations. As a result of the analysis, it turned out that the development was hindered by unclear brand positioning, Unallocated points of sale and lack of support from the brand - consumers knew little about it, so they did not trust it.

In this regard, the integrated marketing campaign developed for PYNCH was aimed at:

1. Creating a strong brand position and its organized system, which includes the brand history, key values and messages, slogan, points of sale, etc.
2. Identifying trends in consumer behavior and skin care needs, as well as converting customer wishes into practical knowledge that helps develop and apply effective marketing communication strategies.
3. Increase brand awareness and emotional engagement, which strengthens trust and loyalty to the brand.
Experts have identified three types of customers in the skin care market in China. The first type is the so-called "high-class clients". These are women over 35 years old who spend a lot on self-care, are conscious about choosing a brand and prefer international brands. The second type is girls aged 25 to 35 who have little work experience, but are already financially independent. They are frequent buyers of online stores. Most of them have already chosen their products for daily skin care, mainly Japanese and Korean brands. The more they learn about self-care and cosmetics, the more they consume. The third group – very young girls aged 18 to 25 years. These are students, graduates and beginning specialists. There is a low income and sometimes economic dependence on parents, a desire for a fashionable lifestyle and branded products, and insufficient brand loyalty. Representatives of this group pay more attention to packaging and product design, and like to try new products.

ZERONE decided to target representatives of the second and third groups.
The study showed that girls aged 18 to 35 years when choosing skin care products are most interested in the effect of the product, its natural composition, as well as the unique design of the packaging. Features of the PYNCH product and understanding of the consumer's request allowed ZERONE to define the brand slogan for PYNCH: "Original Skin Care Expert".

From the variety of products of the brand, 2 main ones were selected to attract the attention of the target group and increase brand awareness. For this project, ZERONE not only changed the packaging of these 2 products, but also emphasized their uniqueness: "600 gardenias combined in one soap" or "a small magic brick-cleaning, bleaching, moisturizing in one soap". These slogans were remembered by the client.

The study of target groups also found that Chinese women aged 18 to 35 years old discuss skin care topics, product composition, cosmetics reviews, impressions of those who have tried the products, and so on. At the same time, they like entertainment content: celebrity news, travel, food, fashion, horoscopes, love and relationships, parenting, and so on. All this was taken into account by ZERONE when developing a communication strategy, creating a brand history, and brand presence on various media platforms.

The "face" of the brand was the anime image of the goddess of skin care, through which the company established an emotional connection with customers. In the video format, using this image, the effects of PYNCH cosmetics are illustrated, fascinating stories are told, and the production process of the brand's products is demonstrated.
The Internet is full of information about "beauty". However, a study of the brand's target audience found that those customers who pay great attention to their skin usually strive to improve their quality of life and self-development. Therefore, ZERONE specialists launched a PAYNCH column on the popular Chinese media platforms Weibo and WeChat. Its heroes were customers of the brand - a budding entrepreneur, artist, cinematographer, Chinese students studying abroad, and so on. These real-life stories had a big impact on the target audience. On international women's day, ZERONE conducted a thematic marketing campaign "Meeting the best of yourself". To speed up brand confidence building, ZERONE also launched a TV show featuring celebrities who tested PYNCH products.

The company was held in three stages. At the first stage, the brand positioning was adjusted and " hot " products were identified. At the second stage, content marketing tools were used to attract consumers and build trust in the brand. In particular, the image of the goddess PYNCH and videos about the brand and products of PYNCH were created, the official website of the brand and search engine optimization were launched, and serial marketing campaigns were conducted on social networks Weibo and WeChat. The third stage is to quickly increase PYNCH brand awareness and increase sales. Bloggers and TV show stars were connected to it.
The market is overflowing with skincare brands, and the young pynch brand is facing a tough battle for customers. As part of the integrated marketing campaign, ZERONE used the results of market research and an understanding of the needs and interests of consumers, which allowed us to identify the target audience and use the most effective mechanisms for working with it.

PYNCH's comprehensive marketing campaign has achieved the following results:
- More than 1,014,000 views of TV shows online.
- Product reviews by bloggers have received more than 2,278,000 views and more than 83,000 activities, including comments, reposts and likes.
- The number of PYNCH fans on Weibo and Wechat has grown from 0 to 38,600 in 7 months.
- Baidu search results increased from 0 to 2,010,000.
- Views of the Q&A section on Zhihu and Baijiahao exceed 160,000, and engagement is 2,500, including comments, reposts, and likes.
- The number of search queries on Taobao, the largest e-Commerce platform in China, increases up to 1000 times a day.
- Most importantly, PYNCH's sales continue to grow at double-digit quarterly rates, but due to a non-disclosure agreement, detailed sales data are not disclosed.

In the "Best B2B Campaign – Impact" category, the case of the German Agency Communication Consultants was recognized as the best https://www.cc-stuttgart.de/en/. In 2018, the Agency conducted a PR campaign to mark the 100th anniversary of the founding of the German Institute for standardization (DIN). The budget was 200,000 euros.
At the start of the project, the public did not understand the significance of this institution. Few people knew how state standards were formed, why they were important, and what role the German Institute for standardization played in this process. The main goal of this large-scale campaign was to increase the importance of DIN and standardization for a wide audience, and to contribute to the formation of a positive image of the organization.
Standardization affects almost all spheres of life, so the target audience of the project was very wide and diverse. Experts noted that the term "DIN" for most is associated with the paper format "DIN A4", and only a small percentage of respondents knew about the existence of the Institute of standardization and its activities. At the same time, DIN is perceived as an obstacle, as "something boring" and associated with bureaucracy. Experts are more annoyed by standardization, but when they begin to understand its advantages, their attitude towards it changes. Often they are the same person, hence the campaign organizers, as they themselves say, "were dealing with a bipolar focus."

The bipolar orientation formed the basis of the campaign strategy. On the one hand, they used rational arguments in favor of standardization – mainly in the business press, and on the other – an emotional demonstration of how standardization makes our lives safer, easier and more reliable (daily Newspapers, television, radio).
DIN's activities cover almost all industries and spheres of life. To "rejuvenate" the brand itself, the Agency focused primarily on new promising areas, such as Industry 4.0 or Smart Cities.

Messages were distributed through various channels in order to reach the maximum audience. The peculiarity was that each message that conveyed the necessary meaning was adapted to the channel and audience. This was helped by the creative approach of the campaign managers. Complex content was visualized – in particular, various infographics were created for social networks and print publications in order to make complex topics more accessible to perception and memory. The dosed use of humor also had its effect: the fact that DIN doesn't take itself too seriously makes a complex topic (standards and security) easier. In addition, the anniversary brochure "DIN - from zero to one hundred" was released, which clearly presents the world-famous DIN formats.
The Agency found an individual approach to each media outlet. A press tour with DIN CEO Christoph Winterhalter was organized for the main editorial offices and TV channels. He also gave an exclusive interview to the DPA Agency, which allowed the campaign's main points to be spread as much as possible. Handouts and a detailed press release on the organization's activities were prepared for journalists. In addition to the brochure, interesting content was posted on Facebook and Twitter-facts about DIN, videos and infographics.
The Agency used classic methods of PR and reputation management, and this allowed us to achieve excellent results. The campaign received a wide response in the media. Almost all the most important daily Newspapers, TV channels, and radio stations reported on the situation in extensive articles and reports. In total, there were about 1,800 media reports on DIN and standardization issues.

The anniversary of the Institute of standardization was mentioned in more than 1000 articles in daily Newspapers and on websites. There were about 50 radio broadcasts and more than 30 television reports. Another goal was achieved: to significantly improve the organization's reputation in all dimensions and among the broadest audience, including experts and specialists.
Read about other practices of PR agencies that were recognized as the best in the blog in the near future.