AI: an assistant or a threat to PR people? 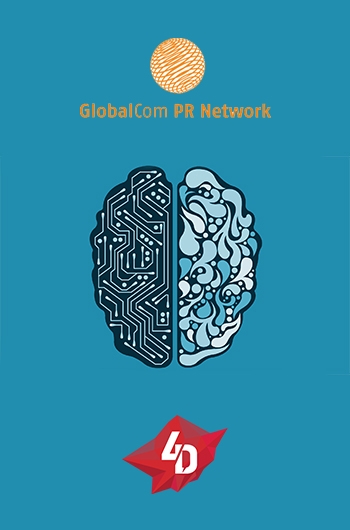 At the annual meeting of managers and specialists of PR agencies that are members of the international Association GlobalComPR Network, German colleagues from the Communication Consultants Agency https://www.cc-stuttgart.de/en/ presented the results of their research on the use of artificial intelligence in PR. We talk about it in our blog:

Take a look at this husky. Artificial intelligence has identified her as a wolf, which, of course, is fundamentally wrong. The fact is that the automatic recognition algorithm was based only on external signs, so it made such a stupid mistake. The algorithm accurately identified snow in the image, but did not see any differences between a wolf and a husky. Now look at these attractive faces. You will be disappointed – all of them are created by artificial intelligence and do not exist in real life. 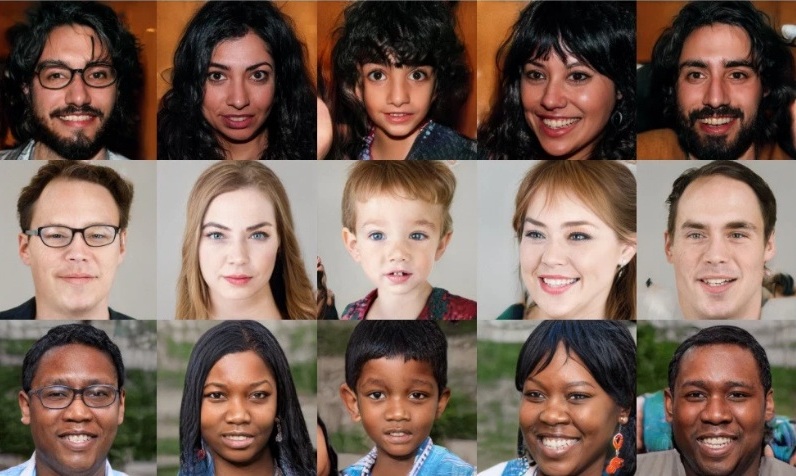 Image recognition algorithms formed the basis of the "Wild Me" project sponsored by Microsoft. New technologies help track endangered species in the wild and increase the effectiveness of this activity from 20 to 60 percent. This impressive example demonstrates how life on Earth can be preserved and maintained thanks to artificial intelligence.

Back in 1950, Norbert Wiener, the author and founding father of artificial intelligence research, published a book called Cybernetics and society. In it, he already foresees the uncontrolled commercial exploitation of new technologies and the unpredictable consequences of this. Thoughts of 69 years ago are now very relevant!
Technological breakthroughs in hardware and software have made it possible to widely apply artificial intelligence in everyday life. Powerful processors and video cards on computers, smartphones and tablets allowed you to use voice assistants. In 2011, Apple launched "Siri", Microsoft's "Cortana" software appeared, and in 2015 - Amazon's "Alexa" voice service. The real sensation was an American television quiz show, where the IBM computer program "Watson" won over people and proved that it can understand the language and quickly answer complex questions. Here are two examples of 2018 that demonstrate the potential of artificial intelligence. Google's "duplex" called the Barber and booked a haircut without telling her that a robot was talking to her. The hairdresser didn't suspect anything. A few weeks later, IBM's "Project Debater" achieved impressive results in public speaking.

Artificial intelligence is the main technology of our time. Autonomous driving, robots in medicine, industry, and even the media. At the same time, mass implementation of innovations in vital areas requires greater reliability and protection from manipulation.

The largest companies that develop artificial intelligence technologies are mainly located in China, the United States, Israel and Canada. Amazon and Microsoft are strong in language assistants, while Twitter and Facebook focus on automatic news feeds that adapt to the user. Banjo has launched a startup to use social media to track emergencies. IBM also makes a big contribution to the development of artificial intelligence technologies and creates chatbots to support customers. Microsoft is working with DJI on a project to stream data from a drone to a computer.

Artificial intelligence technologies are widely used in China, whose population has already reached 1.4 billion people. They are a powerful tool used by the government, including for tracking and monitoring citizens. While European laws in this area are primarily aimed at protecting the freedom and rights of citizens, in China digital tools are used to "regulate social interests". Here it is important to take into account two distinctive features of this country. First, China's government and private economy work closely together. Second, China is a huge country with a huge array of data that machines can process. As an example, there are 6.1 billion messages sent daily via WeChat24. The situation with the control of information and people goes so far that Chinese President XI Jinping becomes "the most dangerous opponent of an open society". There may be reasons for using "digital authoritarianism". Compared to China, Germany is far behind in this respect. Here's another problem – the lack of cyber security. The German government has allocated 3 billion euros for this purpose. For comparison, in China, 12.8 billion euros were allocated to the city of Tangen alone.

Taking this situation into account, Facebook opened an Institute of ethics in the field of artificial intelligence in Munich. German philosopher Christoph Lutge notes that the main issues are related to privacy, when people leave "information traces" on the Internet or get certain information using algorithms. Interestingly, Zuckerberg himself raised the topic of regulating the world's Internet, and, in his opinion, this is the responsibility, first of all, of governments. Facebook has announced the creation of a privacy Committee, which will also take care of solving these problems. The company's CEO recently announced a redesign of Facebook apps to focus more on groups and private communications, rather than encourage further growth in public posts. This should increase the "reliability of the platform".

Today, such major publications as "USA Today", "the Washington Post", "the New York Times", "Reuters", "BBC", "CBS " already use artificial intelligence to create their content. A logical question is being discussed – should each text be marked as "machine-written" or is it not so important?

Macron consultant Cedric Villani at the Carl-Benz-Arena European digital summit in Stuttgart described the current situation as "a cold war of the 21st century, with which Europe may have problems", and called on all European countries to cooperate closely. Currently, the EU is working on a document that regulates the ethical side of the issue. In this regard, a very recent example is interesting. Facebook has set up an election Center in Dublin to prevent fake news and ethically incorrect content on the social network during the European elections. Meanwhile, one politician's Twitter account was blocked because the post used the name Mohammed.

What does all this mean for the PR sector? We must understand that artificial intelligence is not capable of irony, creativity, contextual knowledge, or empathy. "Journalistic work and the work of a PR specialist is always a creative process, which at the same time requires critical thinking. As experience shows, artificial intelligence is not yet ready to replace a person in this. But it can become our reliable assistant in solving many tasks, optimizing processes and offering new opportunities. Therefore, we should consider artificial intelligence not as a threat, but rather as a support," says Natalia Belkova, Director of the Communications gency 4D.

Artificial intelligence helps to free up about 20 percent of the time journalists spend on financial research and improve the accuracy of research. Voice control simplifies daily routines (49%), reduces waiting time on hotlines (41%) and time spent in front of the monitor (26%).

In the information sphere, artificial intelligence is widely used. For example, you can use it to search for duplicates, authors, texts and other content, voice tones, fake news (for example, on Facebook), personalize the news field, configure targeting, use voice control, program ads, launch chatbots, and make automatic subtitles (including translation) for videos. New technologies related to artificial intelligence are also used for media classification, virtual data analysis, neural machine translation (NMT), 24/7 network presence, and automated information messages, when software writes text according to the needs and interests of customers. In the film industry, new algorithms select the actors most suitable for the role.
People have always been afraid of innovation and believed that it infringes on their safety and rights. Remember, for example, how the first trains were perceived. As for artificial intelligence, we are all largely influenced by Hollywood, which presents new technologies as a soulless terminator that conquers people. But artificial intelligence can also be defined as an "automatic master of complex tasks". That doesn't sound so bad, does it? In fact, new technologies have already entered our lives – for example, the same Facebook. Many simply do not notice this and continue to fear the "terrible terminator". It would be more effective to focus on the positive aspects of these large-scale changes. For example, in the field of language translation, people who are able to evaluate various translation technologies and apply the right tools will be in demand. This means that specialists will not lose their jobs, and their tasks will simply adapt to the new reality.