Anti-crisis PR: how to keep the reputation 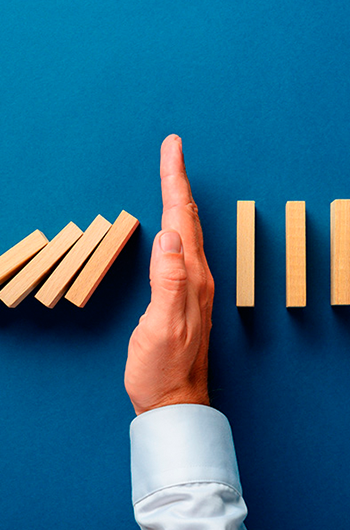 Companies face crises and often take the wrong moves to further fix the problem. These may be internal corporate events that were on public display and caused a wave of negativity (staff reduction, wage cut, etc.) or external - the company's influence on the outside world (Nornickel fuel spill). Whatever the problem, it can be solved with the help of competent anti-crisis PR.

Before taking any action to work out a crisis situation you need to ask yourself the question: is this really a crisis? Often experts do not always correctly identify negative and crisis situations which can lead to reputational losses both in the face of the audience and in the professional community. Let's figure it out.
Negative — any negative mention in the media space about your company. This can be a review on the site, a comment or a call to the support service. In this case you should not throw the whole arsenal of anti-crisis communications at this. It will be enough to collect all the negative reviews about the company for a certain period and suggest ways to solve them. Also, this can be using SERM and ORM tools to work with sites with reviews as well as posting positive publications about the company in the media.
A crisis is an event in which a company risks falling into the center of unfriendly attention of the media and other target audiences. When a crisis occurs, PR specialists should react instantly and take into account the interests of both the company's reputation.

"To determine whether what is happening is a negative or a full-fledged crisis, it is important to understand the context of the situation, be able to model the situation, have a helicopter view which allows you to anticipate what is happening in the future, including to assess what the public reaction may be," - Natalia Belkova, General Manager of the Communication Agency 4D.

There is an anti-crisis PR to work with such situations.

Anti-crisis PR is actions that help to preserve or restore the reputation of the company when situations occur that negatively affect the image of the brand, the head or employees of the organization.
An anti-crisis campaign in the most successful cases can also increase awareness, reach and loyalty of the audience.

- Prevent the spread of false interpretations of the situation;
- Spread positive information and restore balance in the media;
- To support and improve the image of the company or personality;
- Adapt the agenda to the changed market conditions;
- Eliminate the negative consequences of the crisis and restore reputation.

There are several techniques that will help solve the crisis situation in the organization as quickly as possible and manage with minimal reputational losses.

1. Hold the official position of the company

Prepare a press release detailing the situation and the company's position. Sometimes one press release is not enough and the media requests a comment from a company representative. It is better to choose one speaker who will broadcast the position of the organization. It is also important to think in advance what questions may arise and prepare answers to them - it can be a file in Q&A format.

2. Tell about the situation first

If something big has happened and the media or bloggers will find out about it anyway: from competitors, your employees who decided to share information in some way or from people who suffered in the situation.

If a company representative openly talks about a crisis situation, then you will definitely not be accused of hiding information. It will also increase the level of responsibility of the company in the eyes of others. Here are some examples.

How to do it right

The situation with the company VkusVill (not the one you are thinking about now). A few years ago a buyer found a cockroach in the cottage cheese and offered the company to settle the conflict for 50,000 rubles. Representatives of “VkusVill" refused and told their audience everything as it is and also began to carry out inspections at production. Because of its openness the company has earned the trust and loyalty of the audience.

How to do it wrong

The company Nornickel kept silent about the fuel filling which led to a serious environmental disaster. They found out about the incident only a few days later and not from representatives of the company but from observers. This situation has greatly undermined the reputation of Nornickel.

Show respect to journalists. They want to quickly convey information to readers and viewers. If you refuse to comment they will go to competitors and may not take your point of view into account when preparing the material. Therefore, it is important to respond promptly to requests — both telephone and written. And again remember the official position.

4. Predict the possible outcomes of the situation

Hope for the best but prepare for the worst — this expression is applicable in anti-crisis PR. It is important to predict and evaluate any outcome both negative and positive.

For example, if a company is sued it must prepare for three scenarios:

5. Approach the solution with creativity

The pros can also be taken out of the crisis. And if you find a solution that satisfies the consumer, it can make the product even more popular.

Let's parse an example of a successful anti-crisis PR and analyze what techniques were used in these cases.

After scooter drivers knocked down two children in St. Petersburg a lot of people began to feel worse about the sharing of electric scooters and even asked to be banned from traveling on them.
After a wave of negativity the companies reduced the speed of scooters and also banned parking in some places. Also Urent, Whoosh and Citymobil presented the code of ethical driving and accompanied it with bright visual posters.

In this situation as well as in the previous one there were both supporters and opponents. Because of the creativity and desire of companies to take responsibility and solve the problem part of the negatively-minded audience has become more loyal to the problem. Thus, it was possible to solve the crisis situation. 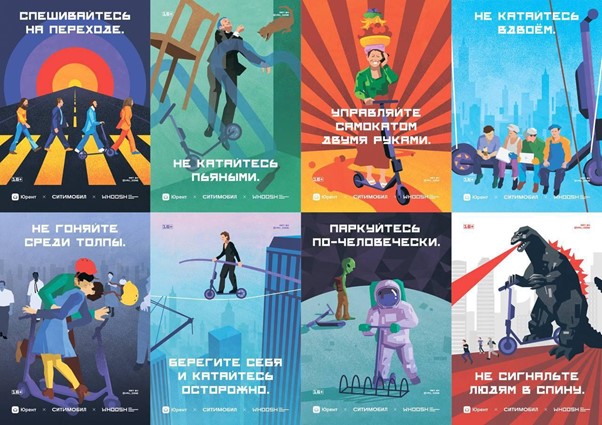 Another successful case from the point of view of anti-crisis PR was the situation with Regina Todorenko. The TV presenter speaking about domestic violence said "And what did you do so that your husband did not beat you?”. This led to her being stripped of the title of "Woman of the Year" and several major advertising contracts. 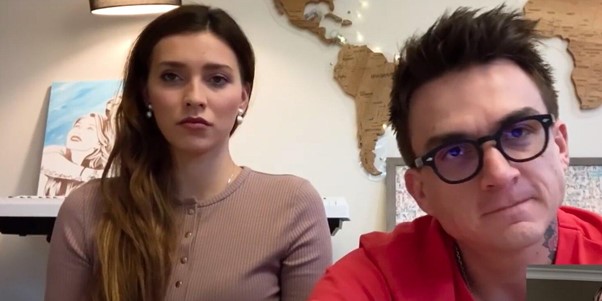 How did she get out of the situation? The TV presenter publicly apologized and admitted that she was wrong. Then began to cooperate with women's aid funds and made a film about domestic violence. Because of a high-quality PR campaign Regina has more supporters than negative ones. The situation was quickly resolved and the TV presenter gained a new loyal audience in social networks — 400K Instagram followers and a growth in coverage several times. 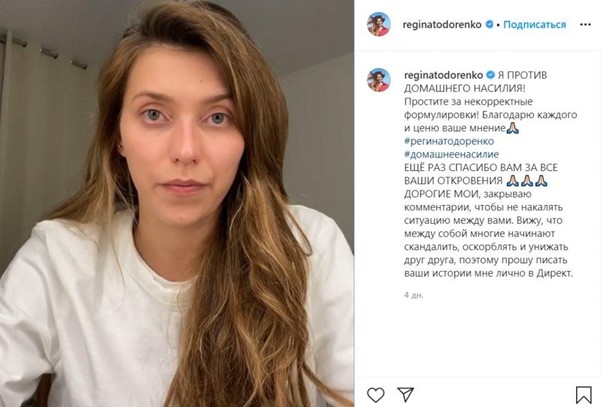 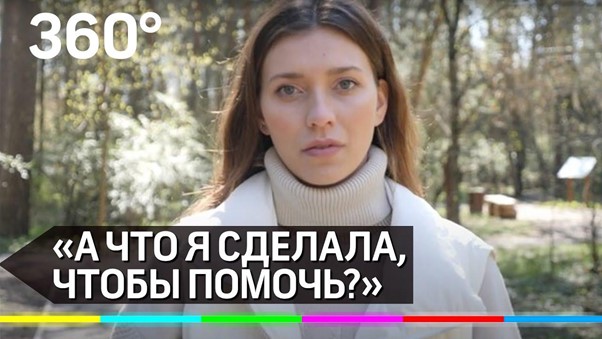 The crisis situation began with the publication of the article "Recipes for family happiness" with the participation of buyers of VkusVill. Among them was a family of girls who said that they adhere to ethical veganism, sort garbage and hand over everything for recycling. 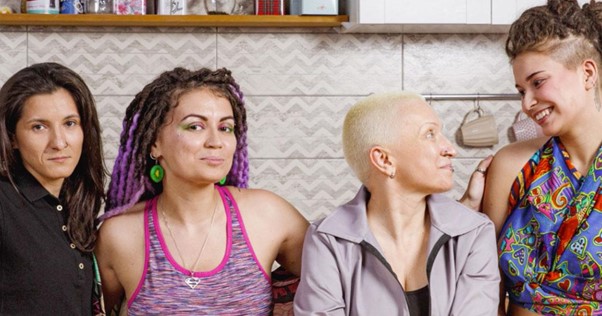 After the publication of the material the heroines of the text began receiving death threats and insults. The article was criticized by people with homophobic views. Having seen this VkusVill decided to delete the article and apologize to readers for the hurt feelings and called the material itself a mistake of the staff of authors. However, after that the company was criticized again. The company managed to annoy absolutely everyone: the text about the same-sex family — homophobes and conservatives and the response text - progressive and socially reflective citizens. As a result of all the negative impact on the publication the family was forced to leave Russia and seek asylum in Spain. 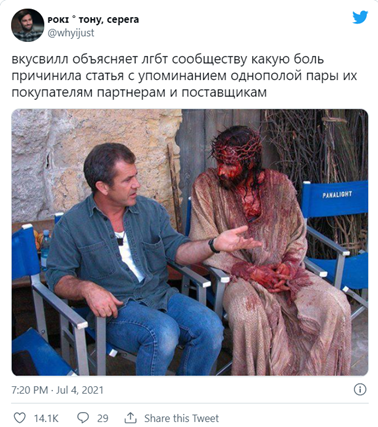 Summing up, we would like to note that the most important step in solving crisis situations is not to stay on the sidelines: to be open, comment on the situation, respond to criticism, declare your position. This is the only way the company or person will have the opportunity to solve the issue with minimal losses.