No Money: 4 ways to promote your company without a budget 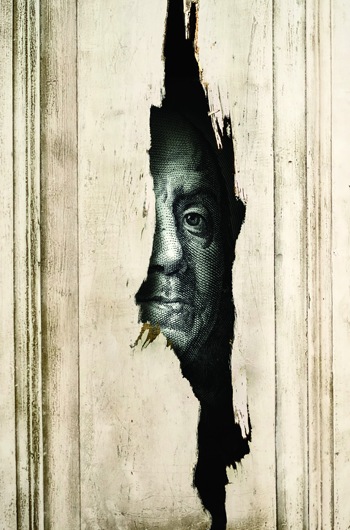 Lack of funds for promotion is a common situation in business. And in the early 2020s, the problem was predictably aggravated by the coronacrisis which took away not only money from brands, but also a number of familiar tools. For example, it became much more difficult to hold offline events. However, even without global anomalies the owners of many enterprises don’t feel the need or they’re not ready to invest in promotion. But recognition and publicity are necessary for everyone. We have prepared a selection of life hacks on how to stay afloat in the media space if you don't have money for promotion.

There is a debate in the PR community about whether this tool is still "alive". In fact, there are several conditions under which the newsletter still works.

- Fits into the current agenda. For example, the organizers of Mercedes-Benz Fashion Week Russia sent out a message to the media that the Moscow Fashion Week would be held in compliance with the sanitary. The news hit the headlines of Moscow 24, Izvestia, RT and Vedomosti.
- Contains interesting statistics. It is convenient to send the results of audience surveys in the format of press releases. In our practice there is such a case: once every two months we interview users of the Novakid children's online English school. The results become a vivid information guide for the media. For example, is a study on how Russian students rest in the summer.

Major players also like to share numbers in releases. For example, banks, marketplaces and EdTech companies often send out information about financial statements.

- Talks about unique products. Not every business can afford an Apple-style presentation, so new products can also be reported through press releases. They should describe the functionality of the product in simple language and explain its benefits to the consumer. We used this tool in a campaign to promote the iParkU parksharing service. In May 2021 in St. Petersburg the startup was launched with 113 announcements and messages in various media, as well as posts in the service communities in social networks. As a result, the case entered the top Yandex.News.
All data from press releases, of course, must be true. Also, we advise you to make it a rule to send materials to the contact database systematically. Journalists and bloggers will understand that they have a regular source of information. Any media appreciates when it comes by itself.

Speaking of journalists: they almost always need comments for publications. There are a lot of events where an expert opinion is needed - from the launch of missiles to the adoption of new laws. Try to contact with the relevant editorial offices or use the journalistic inquiry service. For example, in Russia it is a service called Pressfeed. This will help you to appear frequently in the news and establish relations with editorial journalists.

From our experience, we managed to get high media indexes of our clients by linking them with publications - with the help of the service, we received additional comments in Kommersant, KP, RBC, Rusbase etc.

You can use your expertise for your own media platforms. If you have unique knowledge, skills, experience - why not share them? The case study format is very popular - a detailed story about how the team of a particular brand solved a certain industry or user problem. Such texts can be posted on the company's website or on social media. If for some reason you don't have them, there are enough free resources on the web for publications. For example, you can create a blog on vc.ru, community on Yandex.Q or suggest a Rusbase expert column.

A good example is the material about the Novakid platform's Easy Breezy summer online festival which we have prepared for Sostav.ru . All information on the project has been disclosed: what tasks were there, how the choice of format was solved, the content was prepared and the PR campaign itself took place. Because of deep study and our efforts to spread it, the story quickly spread across the web — more than 50 journalistic publications were published about Easy Breezy.

This is a technology that allows you to attract an audience by reacting to relevant information. Why does it work? People love companies "with a human face" - able to joke and be interested in life outside of their brand.

The skill of newsjacking is mastered, for example, in Aviasales, a Russian service for finding air tickets . Their Twitter constantly comments on not only news about the resumption of flights and the opening of borders (that is, within their expertise), but also world events — most often political or technological.

By the way, Twitter seems to be the most convenient platform for newsjacking — a short text is enough for a reaction and you can either not create visual content, or take something already replicated. Similarly, the Spartak Moscow football club attracts foreign fans — comic posts with various references regularly appear in their official English-language account. 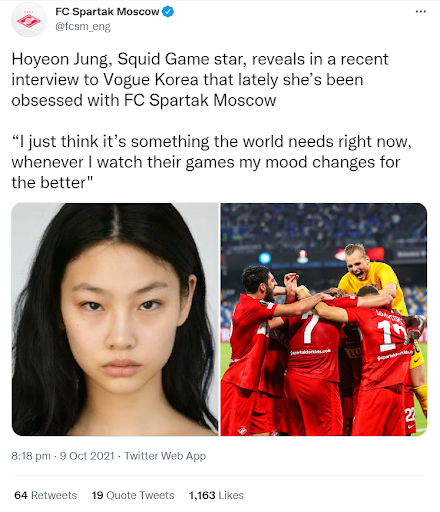 The fictional quote of the star of the TV series "The Squid Game" Jung Ho-yeon, turned into a popular meme on the Western Internet — "Spartak" did not stay away

Bonus: put the site in order

The advice may seem unexpected because it would seem the functioning of the site is the concern of a layout designer or programmer but not a PR person. In fact, this is not true. A really inconvenient site can be considered a serious reputational risk. If the client does not understand how to order delivery or make an appointment he may well not only give preference to your competitors but also tell his friends that it is impossible to use your site. Think over possible scenarios of the client's actions on your resource, check it for errors, evaluate the logic of the buttons and sections. You can do it by yourself, assign colleagues or even ask friends — it is not necessary to hire a tester. The main bugs will help identify free services such as Yandex.Webmaster or Google Search Console.

In addition, make sure that all the company's news gets on the site - even those that seem marginally important to the press. This way you can increase the most important indicators for PR — visibility and citation.

Obviously, it's good when a budget is allocated for promotion. But it is always useful to have several free or inexpensive technologies in the PR arsenal. The basic principles of affordable PR are very simple: