About innovative system:
Foto Finder is a system that uses the innovative and high-tech mechanism for detecting skin cancer, psoriasis, melanoma and other skin diseases at an early stage. For the first time, the system will allow doctors to use a standardized survey of the whole body, based on artificial intelligence technologies, to assess the birthmarks of the microscopic structure and moles. This system will be the equivalent of «Google Earth» for the skin.
The company introduced its global innovation system in Milan at the 24th World Congress of Dermatology on June 11-13, 2019.

Challenges:
The Agency had a global task - to attract Russian media and initiate interviews as part of a presentation at the Congress in Milan, as well as to highlight the launch of a new innovative product.
To address the two target groups (B2B and B2C) in an optimal way, we drafted two separate press-releases. The first one announcing the launch of the ATBM master at the ‘24th World Congress of Dermatology’ in Milano (Italy) focused on technical information and functionality of the system. The second, more consumer-related B2C release informed how the application works and showed the benefits for the patients.

Since few Russian journalists could go to Congress, the work was carried out in two directions:
1. Distribution of news about the launch of the system (public media, news agencies, IT and medical media, lifestyle media)
2. Initiation of telephone interviews with the owner of the company (IT and medical media)

Local:
- All information about the system (including scientific research, detailed backgrounds and press releases) was translated and adapted, which subsequently formed the basis of press releases
- 2 mass mailings carried out
- Organized 2 detailed interviews in the media about science and IT
- 27 media publications initiated 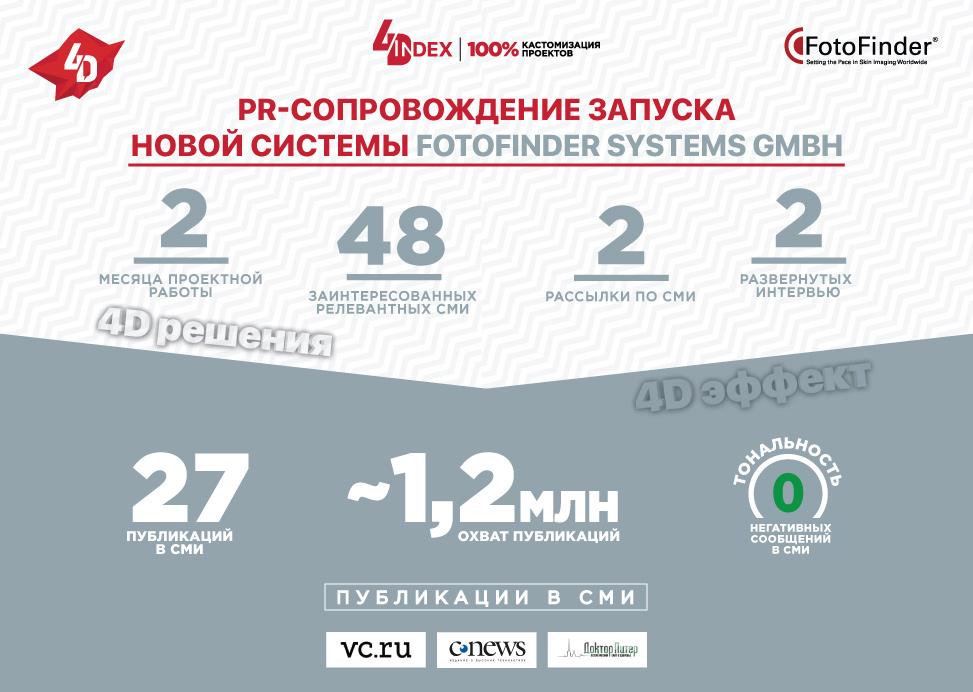