To promote the online English language school Novakid the Communication agency 4D has implemented the works of creating and placing ads on radio in Russia and Spain.

For this purpose priority radio stations were allocated which are listened to by the company's target audience.
For advertising in Russia were selected the following the radio stations: Energy, Children's Radio, Europa Plus, Radio Hit, and Russian Radio. The ads campaign was implemented in Kazan, Krasnoyarsk, Yekaterinburg, Nizhny Novgorod and Novosibirsk.

- Creating and implementing a creative idea for a key message;
- Scenario development;
- Adapting scripts into Spanish;
- Selection of voice-over voices;
-Monitoring the recording of audio clips;
- Production of audio clips;

Control of the output of commercials on the radio of the Russian Federation and Spain.

- Posted more than 1,000 messages on radio stations;
- The number of requests/requests to the online school website has increased by 2 times.

Also, as part of the Spanish campaign, a partner integration was organized in the event “Con Voz de Mujer” in Majorca, dedicated to the International Women's Day. Activities for the brand: 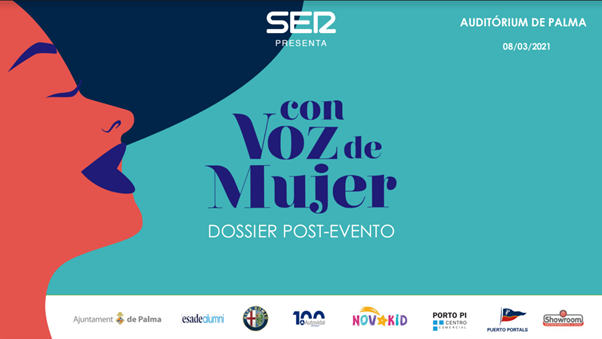