Development of key visual for the promotion of EU Film Festival

For the festival in Tomsk it’s a bright eye-catching image was chosen to attract the attention of the city's residents against the background of a gray winter landscape. The unusual image format and bright colors made it possible to create noticeable and interesting printed products.

The opening of the Festival in Kaliningrad was timed to Saint Valentine's Day. The main theme was love and the visual had to reflect that. As the image we chose a tree in the shape of a heart. The tree is a symbol of the unity of European countries which has been used more than once in the events of the EU representation In Russia. Products using key visual turned out to be bright and romantic, and the visual itself became the starting point for the idea of creating an installation – a tree of values.

Both concepts were used to promote events, as well as to produce all printing products: 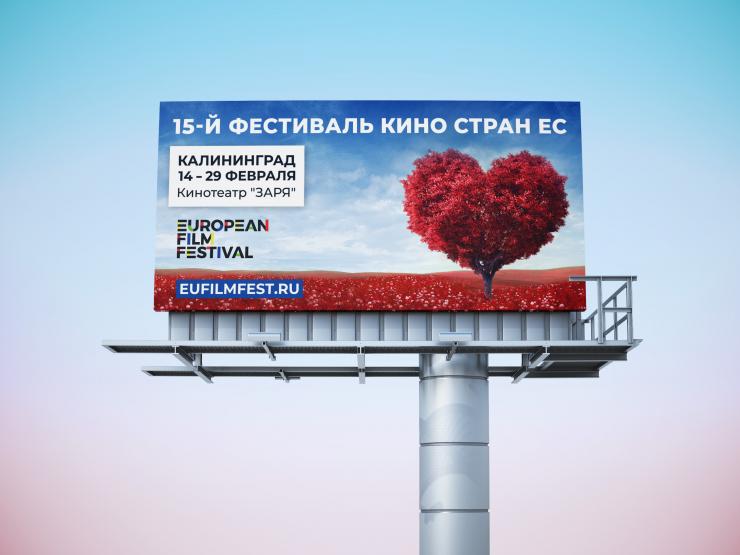 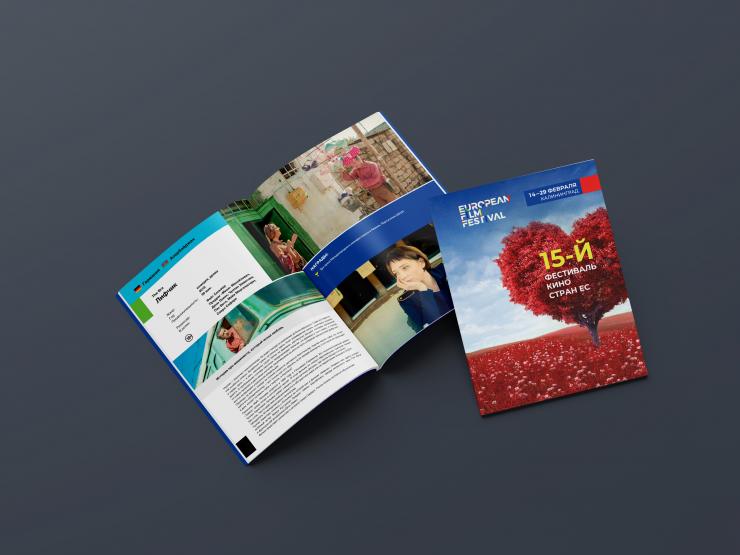 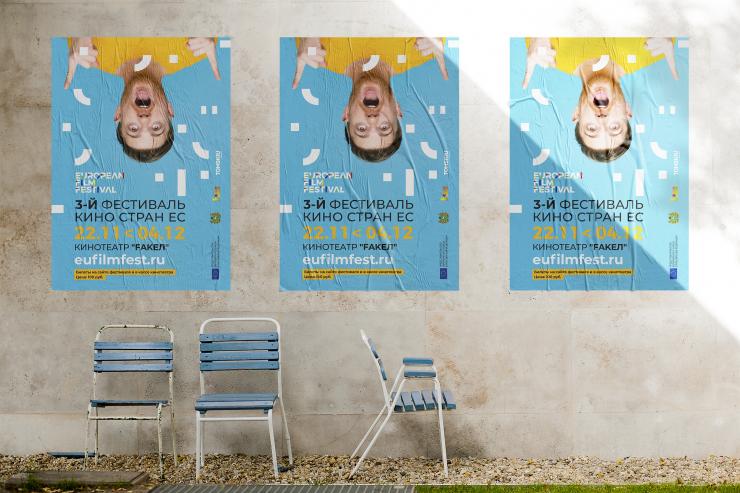 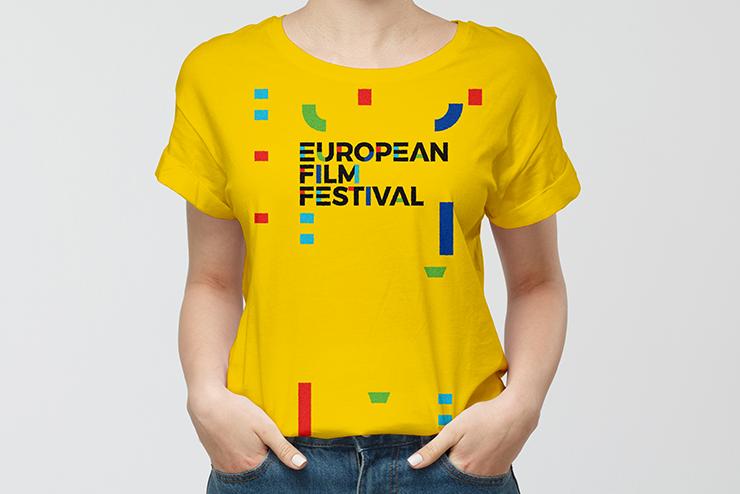 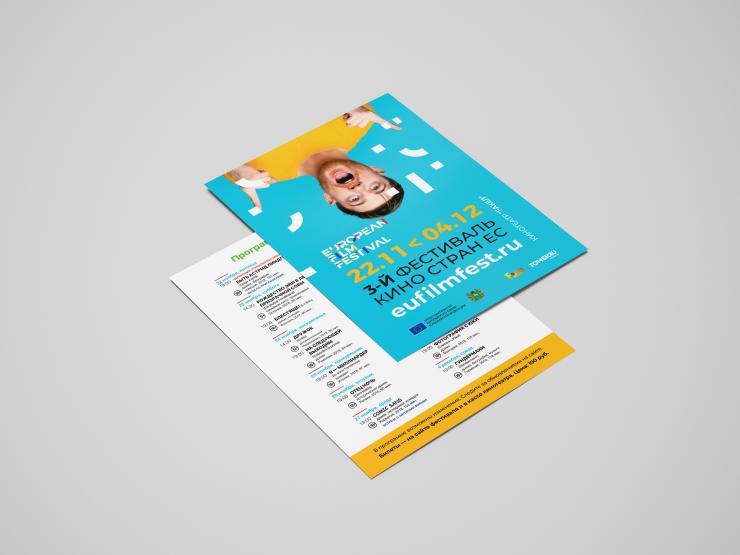 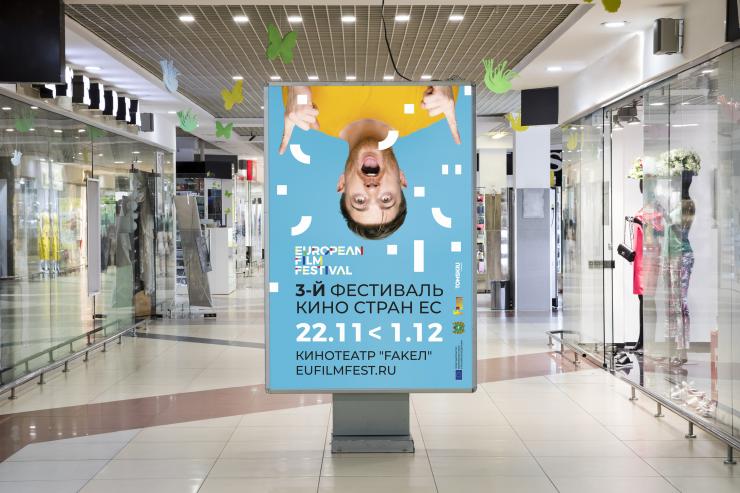