Design development, development and filling of the exhibition stand of the Leningrad region on SPIEF 2022. From manufacturing printing products to developing electronic signature system and AR photo zones with the Governor.

As part of the SPIEF, the stand of the Leningrad Region was presented by the 4D team in a new style and a larger format, which attracted the attention of a big number of guests.
The 4D team has thought out an active program for the guests of the stand. There was a bar area with two-way seating, an open communication zone, a convenient system of electronic signatures which was attended by the pop star Philip Kirkorov. An AR photo zone with the governor was prepared, timed to coincide with the tenth anniversary of the region's governance.
An interesting and attractive solution for the stand was the interactive “forest”, where guests could chat or just relax in a cozy atmosphere. There was a project presentation area in the “forest”, where guests could get information about the environmental opportunities of the region.
The bar area continued the nature topic - it was decorated in the form of a tree of thoughts with live plants. The front wall of the stand referred the guests to the theme of tourism, offering a creative comparison of vacation spots in the Leningrad region and popular places in Europe. A multi-layered suspended structure with an upward-tending cone, as a symbol of a rapidly developing region, united the exposition together. The products of the region's manufacturers were traditionally presented at the stand. These were both local treats for guests, and furniture with decorative elements according to individually designed sketches. Difficult in execution, multifunctional, but incredibly beautiful exhibition stand became the decoration of the anniversary SPIEF’2022. 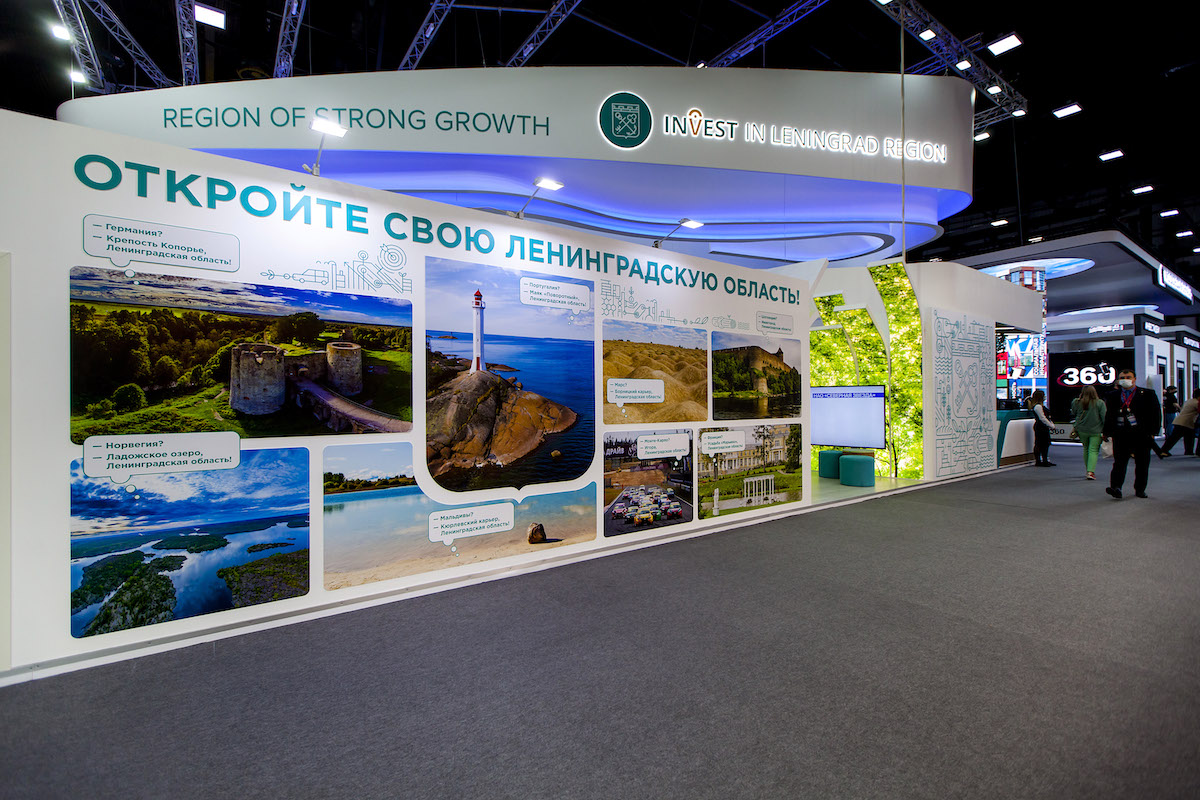 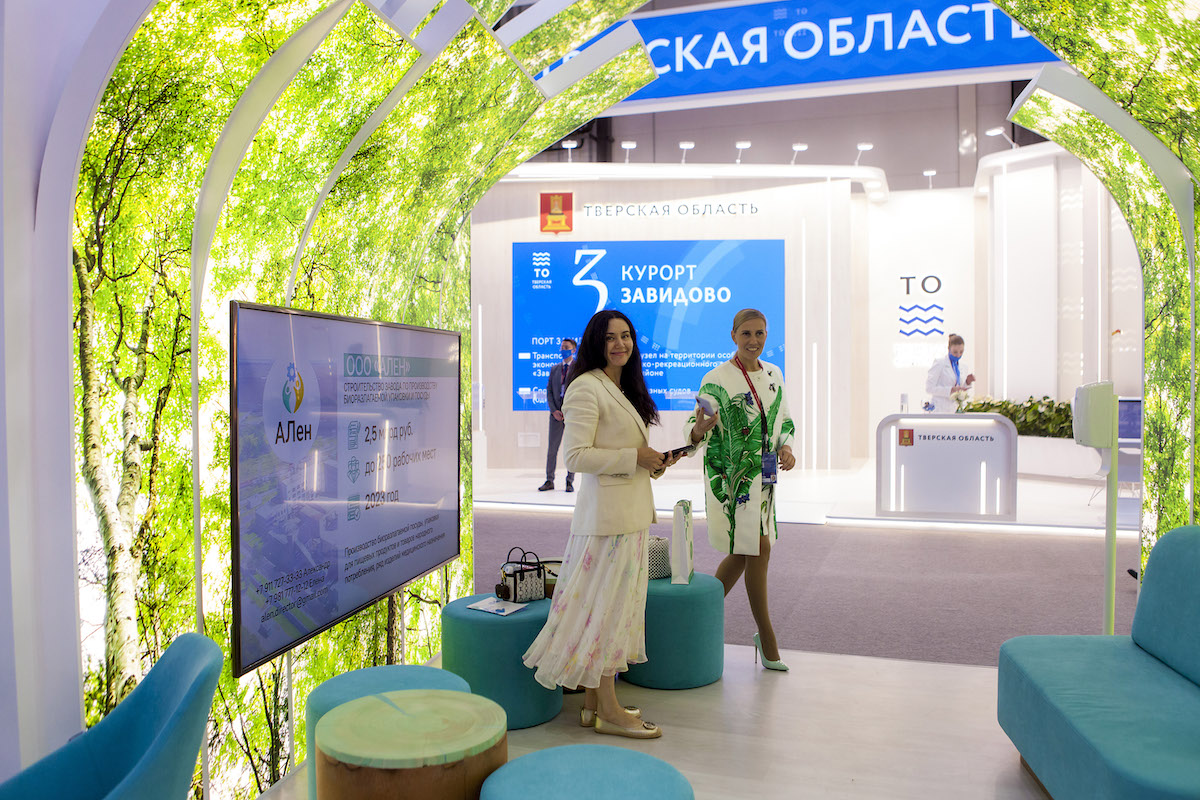 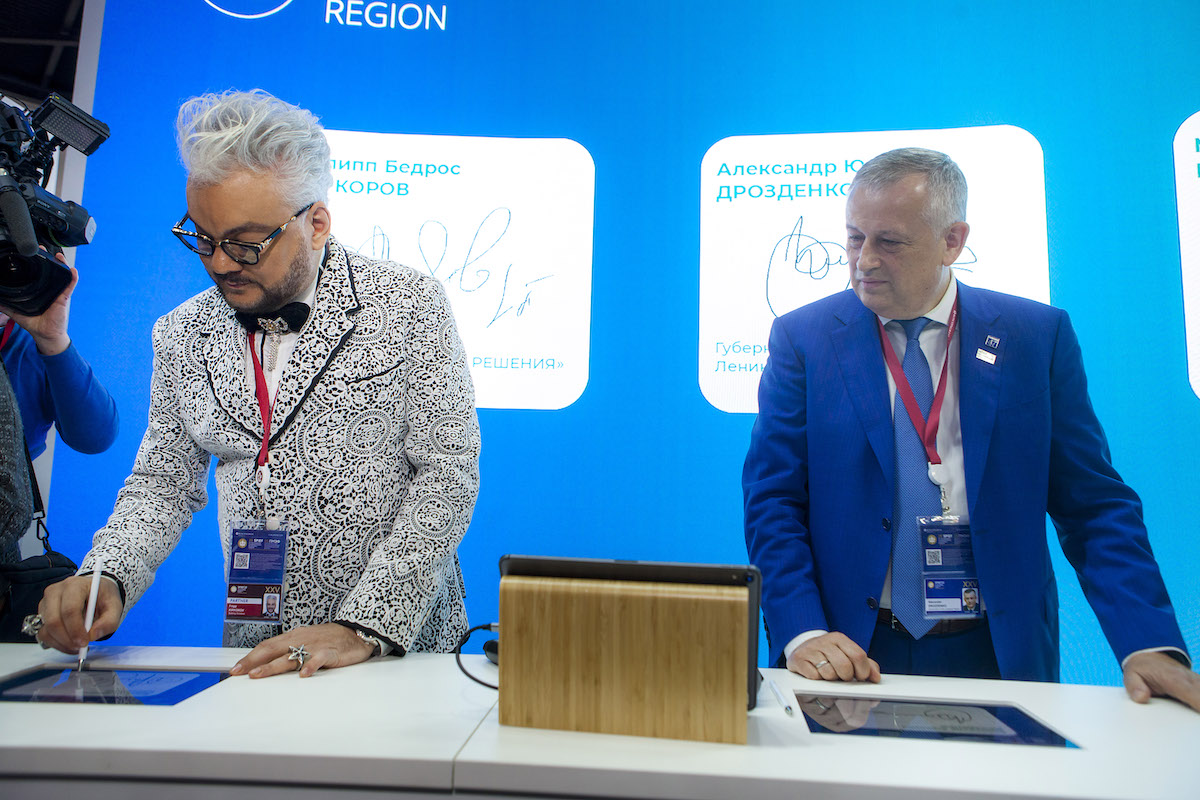 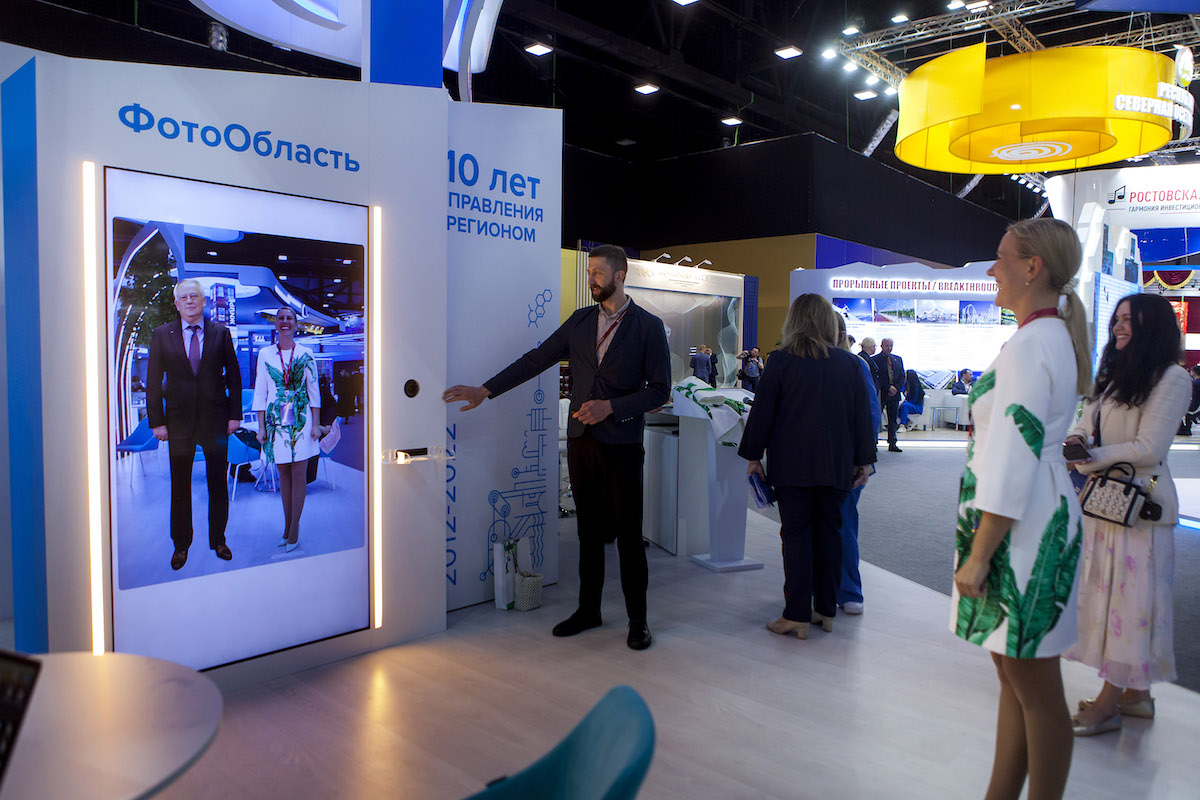