«Rebranding - period»: is it time for the brand to change? 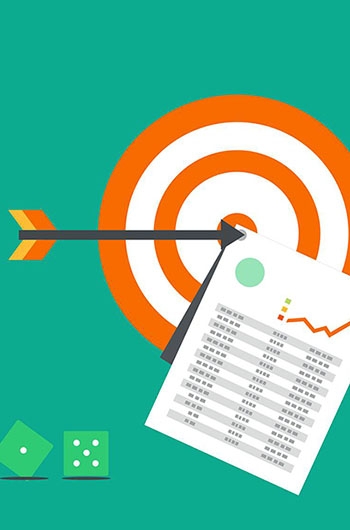 «Tasty. And That's It» – instead of McDonald’s, RE instead of Reserved, JNS instead of Levi’s: in 2022, Russia was covered by a wave of rebranding. We haven’t seen such a massive renewal of brands even in the 2000s, when companies got rid of the legacy of Soviet times or the difficult nineties.

What is happening has no analogues in world practice. But it is a great opportunity to talk again about the concept of rebranding. Who needs to update the brand and when: the 4D team will tell you.

Do you have to change anything?

Rebranding is more than just changing a logo or slogan. This is the main thing to know about brand renewal.
"Visual component change is just the tip of the iceberg, which hides a huge number of digits, surveys, hypothesis testing, brand platform analysis, and positioning strategy. The brand is part of a unified communication system. The visual component is a confirmation of the brand’s mission, reflecting its values and positioning. The real rebranding implies a general transformation of the vector of development and philosophy of the company and also - readiness for serious changes in business processes and customer service, corporate culture, and technology of the company’s product or service. Brand renewal is an incredibly serious and complex process. It requires long-term hard work and leaves no room for error," said Natalia Belkova, Director General of 4D Communications Agency.

«Tasty. And That's It» – instead of McDonald’s, RE instead of Reserved, JNS instead of Levi’s: in 2022, Russia was covered by a wave of rebranding.

Before deciding to rebrand, it’s important to answer three questions.
1) First: «What do we expect from the changes?». If the answer is «beautiful logo» or «catching slogan» - you don’t need rebranding.
2) The second is: «Is the company ready to change itself?». Answers like «not sure» or «like everything is good» are a sign that it is better to wait with rebranding.
3)The third (and most important) - «What doesn’t suit us in the existing brand?». Without a clear understanding of the reasons for the renewal of the brand will be doomed to failure.

Rebranding to increase business efficiency: how it works

Rebranding is a process aimed at changing the perception of the brand, involving the transformation of all its elements. Not only the company's appearance (internal and external) is changed, but also the visual and semantic elements are adjusted.
Who needs rebranding and when
How to understand that it's time for changes? Let's analyze the most common rebranding goals on the examples of the recent years' cases.

Rebranding is often caused by changes in the structure of a legal entity - redistribution of shares, merger, change of ownership. The majority of rebrandings that we have seen in recent months are of this type.
So, McDonald’s changed its name after the corporation left the country and resale the Russian division to the entrepreneur Alexander Govor. The brands of Polish fashion retailer LPP changed their name after the transfer of Russian assets to the Chinese consortium. Reserved became RE, Mohito became M, and Sinsay became «Sin».
Another example is the legendary glazed cheese bars «B.Y. Aleksandrov», which are planned to be sold under the brand «A.Rostagrokomplekt». The brand change is due to a conflict between the manufacturer and the daughter of the late founder of the company, Boris Alexandrov, who inherited the trademark rights.

Changes may be necessary because of modifications in the brand architecture. For example, when the owners of a company want to separate different lines of business into independent sub-brands. Or, on the contrary, to unite them under one mono-brand.
An example is the confectionery chain of home-cooked restaurants Teremok. The company has been developing this direction since 2009 on the basis of the sites of the "parent" establishments. In the process of rebranding in 2014, it was made a separate brand "Confectionery of good mood”.
The confectioneries remained on the premises of Teremok, but got a different color range, identity, and logo. Rebranding allowed the restaurantes to increase revenues, but by 2021, the company faced a serious problem. The consumer never began to associate the confectionery with Teremok.
The difference in visual representation was so big that part of the audience even considered the brands as competitors (for some unknown reason, sharing the same space). There was a need to tie the confectionery shops to the main brand, while maintaining their unique identity. The logo, interior design and visual design of the menu were made closer to the spirit of the core brand «Teremok».
The company also refused a separate name: now the confectionery direction operates under the main brand «Teremok».

Rebranding may also be required when changing the company’s concept of work or new directions. In 2022, Ozon rebranded its fast delivery service Ozon Express.
It was reoriented to the delivery of food and everyday goods. In order to have more association with food, the service was renamed OzonFresh, and the classic brand colors of blue and crimson were replaced with turquoise and pink.

Adaptation to changes in society – Beeline

The needs and values of the audience change very quickly. Trending ideas lose relevance over time, and this should not be overlooked. In 2021, the mobile operator Beeline rebranded for the first time in 16 years. The company's logo has not changed much, but the slogan has been completely changed.
"Live on the bright side" has been replaced by "On your side". The previous phrase has lasted since 2005. According to the company's representatives, it has lost its former relevance in modern society. Nowadays, people don't want to become cooler or be the most perfect of all. The message of the new slogan is much softer. The company talks about how important it is to surround the client with comfort and protect his interests.

Dynamic growth and development of the company – Novakid

Rebranding may also be relevant for young brands showing rapid growth. As a company grows, its customer base grows and its mission begins to take on new meanings.
In 2021, Novakid, an online English school for children, rebranded.The renewal of the brand was timed to coincide with the company's five-year anniversary. In a few years, the school grew from a small startup into a large and recognizable international project.
This required a clearer formulation of positioning and a new visual code that would be understandable in all the countries where Novakid is present. Initially the school defined its mission as "we teach English, and we teach it well”.
The rebranding was based on the statement "Limitless possibilities". The new slogan was “right place to start” , and the comet in the logo was replaced by a rocket rushing up.
According to the company's management, the meaning of this symbol is clear in any country. Changes emphasize the importance of English for a successful start in life, and juicy colors - children's orientation.

The brand is obsolete - «Bookvoed»

In 2019, the large-scale rebranding launched the largest network of bookstores in the North-West «Bookvoed». Since its inception in 2000, the company has never changed its corporate identity. Since its foundation in 2000, the company has never changed its corporate identity.
The company's logo is not just outdated, but completely hopelessly outdated. After rebranding, it became more elegant and modern. In the corporate identity and the model of communication with the audience, the emphasis was placed on the fact that the company was founded in St. Petersburg.
The new symbols are recognizable St. Petersburg "characters" - a cat, a chizhik-pyzhik, a smelt, and a seagull. The slogan has changed from a rather faceless version of "Always there" to "Iconic Bookstores of St. Petersburg".

The need to emphasize the uniqueness of the brand – "Vkusville"

In 2021, the retailer "Vkusville" underwent the first rebranding in nine years of operation. The brand itself was recognizable, but it did not reflect the uniqueness of the company well enough.
As a result of the rebranding, Vkusville received a new font, logo, slogan and an additional corporate color: a rich berry color was added to the green. The main feature of the rebranding was the different shape and size of the letters in the corporate font.
With the help of unusual typography «Vkusville» tried to stand out from other «eco» stores, to emphasize the versatile and “human” character of the brand.
"You don't need to be right, you need to be real," the company said. The new slogan of the network was the phrase "Healthy is delicious here" - it was chosen according to the results of a survey among buyers.

Sometimes rebranding is the only chance to reach a new audience. This was the goal of Sberbank's major rebranding in 2020. For the financial institution, the rebranding was the second in recent history.
Ten years ago, Sberbank was already rebranding. New services, convenient Internet banking, changing office opening hours, introduction of electronic queues - these measures helped to improve the company's image and expand the number of customers. However, time did not stand still. Sberbank invested in the development of digital technologies and IT, expanded the number of services.
From "just a bank" it has turned into an advanced company with modern financial services and a large number of areas of work. But many, and especially young people, simply did not notice all this "progressivity". Sberbank continued to be considered insufficiently modern and left to competitors.
As a result, the company was forced to conduct another rebranding. The strict Sberbank was replaced by a democratic and convenient Sberbank. The new simplified logo in the form of a circle with a check mark symbolizes respect for the client's time, dynamism, and the desire for innovation. In addition, the rebranding made it possible to bring together an extensive ecosystem of Sberbank sub-brands.
The right rebranding will definitely give a kick for a new round of development of your business. So, if you recognize yourself in at least one of the presented cases, it's definitely worth taking a risk. Ideally, with the help of branding specialists.
Cooperation with a professional agency will help to avoid mistakes in the analysis of the market and the development of the rebranding concept will provide the necessary control over the introduction of innovations and will optimize the costs of brand renewal.
Scroll down and submit a branding and design request to our agency.